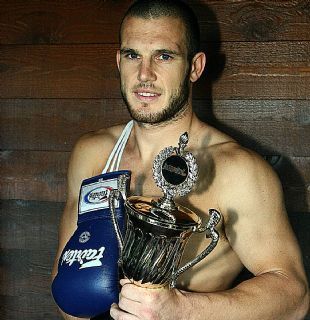 JOHN Wayne Parr has witnessed and fought to record some incredible victories in the kickboxing ring.
However, Thor Hoopmann’s destruction of six-time heavyweight world champion Paul Slowinski on Saturday night was up there among trainer Parr’s greatest highlights.
“Paul had 20 kilos on Thor, had three times as many fights and had fought all over the world against the best of the best,” said Parr.
“That’s the biggest step up he (Thor) has had.
“He is now pound for pound arguably the strongest heavyweight fighter in Australia after this victory.
“Before that he was about the top five. We took a punt, had a crack and now he’s up there as the best … it’s quite remarkable.”
The odds were stacked against Hoopmann, who fights out of Burleigh’s Boonchu Gym.
To Read Full Article Visit http://www.goldcoast.com.au/article/2009/11/16/158861_gold-coast-sport.html