John Wayne is one tough hombre not afraid to cry 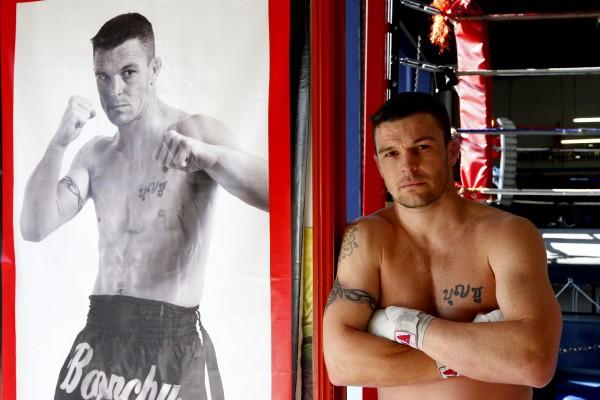 WATCHING his father die, coughing black blood and wheezing incomprehensible mutterings, hardened fighter John Wayne Parr broke down and wept uncontrollably.
He has battled the most vicious Muay Thai boxers on the planet and seen more blood than a paramedic, but the sight of his dad being dissolved by cancer shattered Parr. Only 10 days after the birth of his son Jesse James, Parr farewelled his biggest supporter last week.
As one of three Australians who competed in a new reality show, The Contender Asia (a Muay Thai version of the boxing tournament), he was grateful he had time after filming to spend with the ailing Jim Parr, a former jockey. It gave him a chance to say what tough guys save up.
Read Full Article here http://www.smh.com.au/news/sport/this-john-wayne-is-one-tough-hombre-not-afraid-to-cry/2008/05/30/1211654313195.html