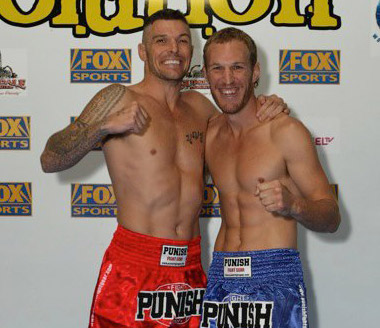 This was the first fight I have had at super middle, everyone keep coming up saying “you must be so happy you have to put weight on for this one”, if only they knew I only had to lose 10kg instead of 14kg. Making weight still hurt and still hated it but least I didn’t have to kill myself 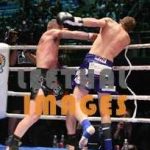 losing the last 4kg.
As for the fight I thought I did well the first 2 rounds, the 3rd was close as I was tagging Eugene on the way in as he was starting to get his grappling happen. 4th and 5th end up going very opposite of whatI was planning when Eugene came into the grapple, not sure if it was the extra weight or just Eugene’s grappling style but it really sucked the life out of me and I just couldn’t manage to keep him off. 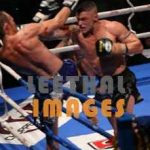 End of the fight I didn’t do my usual carrying on cause I knew it was close and never sure what the judges are thinking, I had a gut feeling it was 2 rounds each with the middle round was the decider. When they called the draw you sort of get that “mmmm, I’m not quite happy but I’m not quite sad, I am just where I started before the fight”. Angie’s Dad told me that getting a draw is like kissing your sister, its winning and losing at the same time.
After the fight I looked in the mirror and seen my two cuts, one was 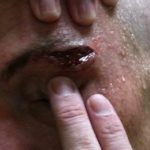 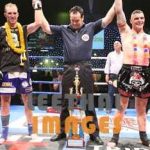 pretty massive and the other just a paper cut. I told the boys to grab the camera and tried to make a few disgusting video’s while I was still numb from the fight. Doc phil put in 3 internal stitches and 9 on the outside, with the other cut Phil said “I can either jab you three times with local anaesthetic or I can give you three stitches”, I decided on the latter and tried to be a tough guy while getting put together in front of the boys (so stupid, hurt so bad). 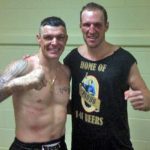 Eugene came into the room and had a chat after the fight, no hard feeling and end of the day just a sport. Eugene is one of the true gentlemen of the sport and really nice guy. Maybe one day we will fight again, still questions marks as to who will win, but for now it’s time to rest and heal. Before a fight I can’t wait to get in there, after the fight I am quickly reminded that fighting bloody hurts. I guess its like a tattoo, hurts for a week, give it a month and can’t wait for the next one.
Next fight June 12th, mmmm, deep down inside I cant wait to punch on again and make up for this draw.
httpv://www.youtube.com/watch?v=CopRQm3ls5s